Thanks to my friend Jane for this great honor! After my post about rats the other day, I received this via e-mail! 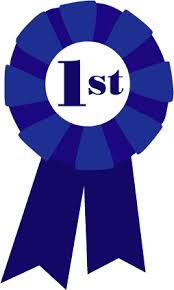 First place ... in rat killing
presented to Audrey Frank, St. Augustine's finest in rodent extermination!
Posted by Unknown at 6:12 AM No comments: 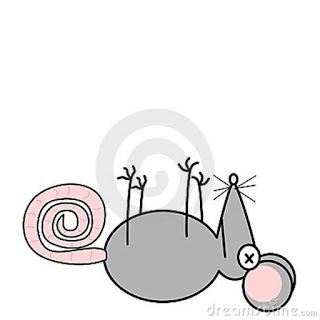 Graphic from Dreamstime. com
I became a hero in my friend's eyes today. When I got to her store, she was upset.
“There's a dead rat in a trap under the desk and I don't know what to do with it.”
Well, I've had enough pet rats over the years so I certainly wasn't afraid of a dead one.
Sure enough there was this small dead rat. I pulled out the trap, opened it, and picked the critter up by the tail.
“Hand me a paper bag,” I said. I plopped the rat into it and tossed the bag into an outside trash can.
As I was washing my hands, I remembered a similar incident that happened when I was working at The Government House several years ago.
All of a sudden three women ran downstairs screaming. “There's a rat in the trap, but it's still alive.”
It was in a trap, not trying to bite them, so what was the problem? I could handle that.
“Anyone have a hammer?” I asked. My main thought was to put the critter out of its misery. I walked upstairs, smashed the rat's head and that was the end of the story.
Well, not exactly. The story circled around the other employees for weeks. Audrey the rat killer. Someone even drew a cartoon of me with a hammer leaning over the trapped rat.
I still don't know why people are afraid of rats. They're not there to harm you, simply to scrounge for food. I guess it's because they're nasty looking. But hey, there are a lot of nasty looking humans out there. Those are the ones I shy away from.
Author's Note: I had my share of pet rats. Read about Charlie in an earlier post by clicking here. 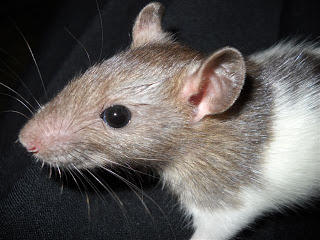 "Under Margret's Wing" By Audrey Frank Now On Amazon and Kindle

I've just finished my novella "Under Margret's Wing" and it is available on Amazon and Kindle now.

You can peek inside the book there! 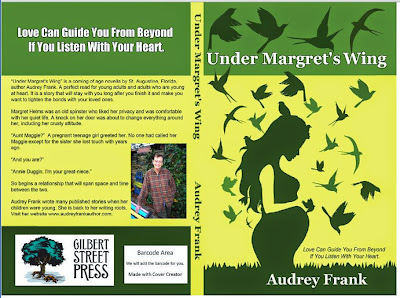 Thanks to my daughter Pam King for designing my wonderful cover!
Love Can Guide You From Beyond If You Listen With Your Heart “Under Margret's Wing” is a coming of age novella by St. Augustine, Florida, author Audrey Frank. A perfect read for young adults and adults who are young at heart. It is a story that will stay with you long after you finish it and make you want to tighten the bonds with your loved ones. Margret Helms was an old spinster who liked her privacy and was comfortable with her quiet life. A knock on her door was about to change everything around her, including her crusty attitude. “Aunt Maggie?” A pregnant teenage girl greeted her. No one had called her Maggie except for the sister she lost touch with years ago. “And you are?” “Annie Duggin. I'm your great-niece.” So begins a relationship that will span space and time between the two.

Posted by Unknown at 2:18 PM No comments: