Never Take Your Neighbors For Granted 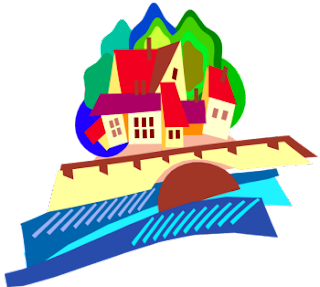 I had fallen last week and badly bruised myself – scraped arms and a bad back. I hardly went out all week because of the pain.
I live on a block where there are only five houses, and we're not a particularly social group, except for a casual hand wave if we happened to be outside. The exception is Doris Oswald, whom I became friendly with through the Writer's Group we both go to.
After my fall, Doris would check in every day to see if I was okay. I'm not sure why but this morning I didn't hear the phone ring. She evidently called several times and I never picked up. Well, that worried her.
The next thing I hear is a pounding – I didn't realize it was my door being pounded on. The house around the corner has been having work done on it all week, so I was used to the noise and thought nothing of it.
Suddenly I heard my voice being called and heavy footsteps coming up the stairs. Talk about being startled. Two paramedics stood there. “Are you alright?”
Seems when Doris couldn't reach me, she had called 911 to tell them she thought her neighbor might be in trouble.
When I walked downstairs, my mouth dropped open. Not only was the EMT truck there, along with a police car, but all my neighbors were standing in front of my house. A swirl of confusion and humility swept through. They cared enough about me to be concerned. I didn't know what to say. I felt humbled and grateful. I couldn't hold back the tears that stung my eyes.
These people cared for me and I just never had realized how much...
My one neighbor, Ed, had removed my front door before the paramedics could break it down. Then he put it back up. Now that goes beyond friendship. Doris had called a friend, Terri, who had tried to reach me and was becoming frantic because she couldn't. Everyone standing there because they cared for me, each in their own way.
People who need people are the luckiest people in the world. Today, and forever more, I will consider myself one of those people.
Thank you, my neighbors, my friends.
Audrey
Posted by Unknown at 7:17 PM No comments: